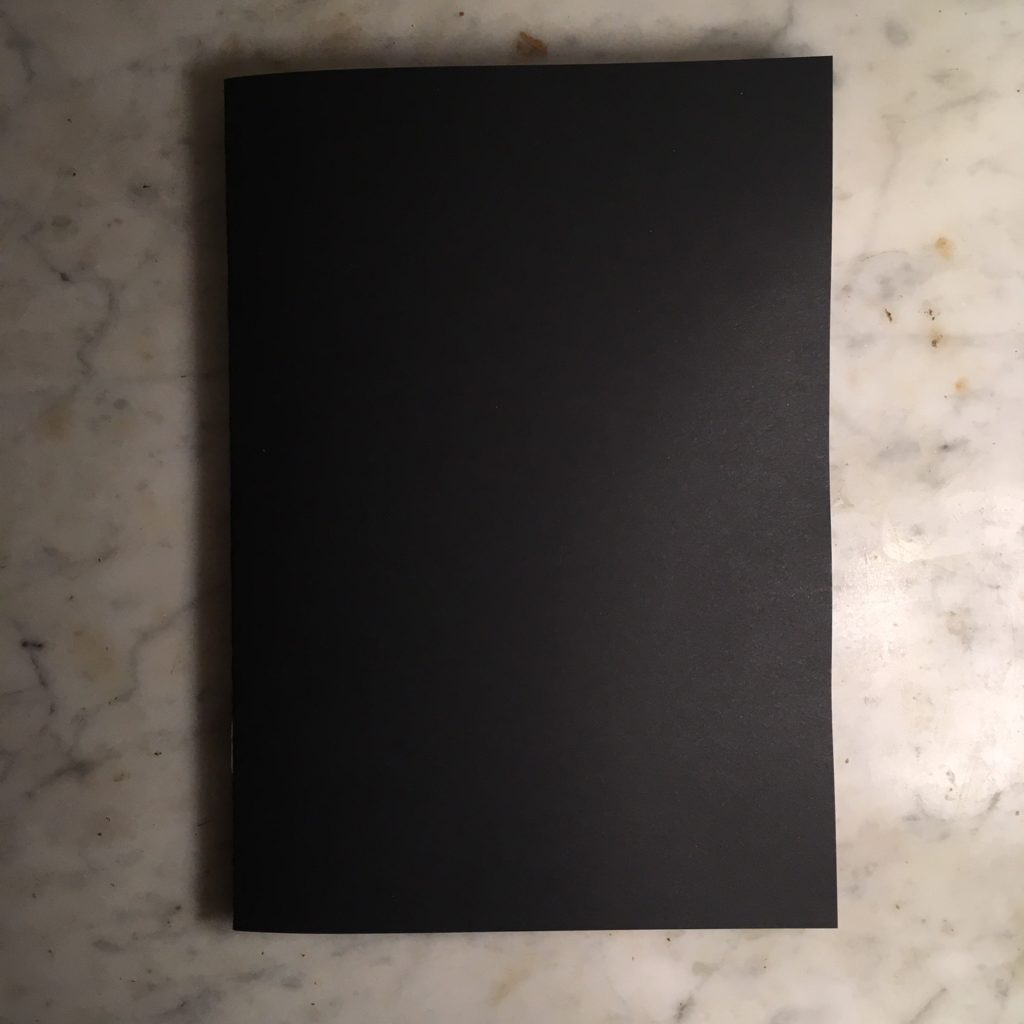 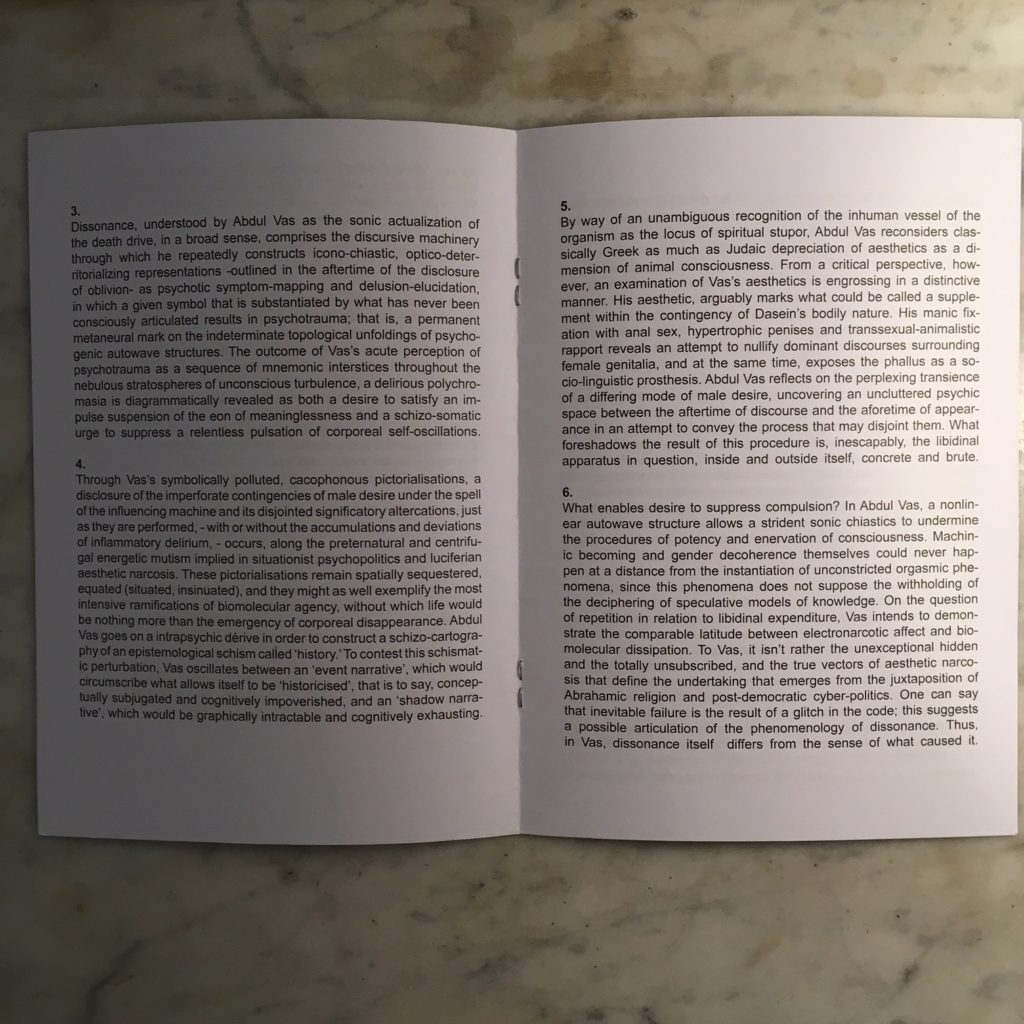 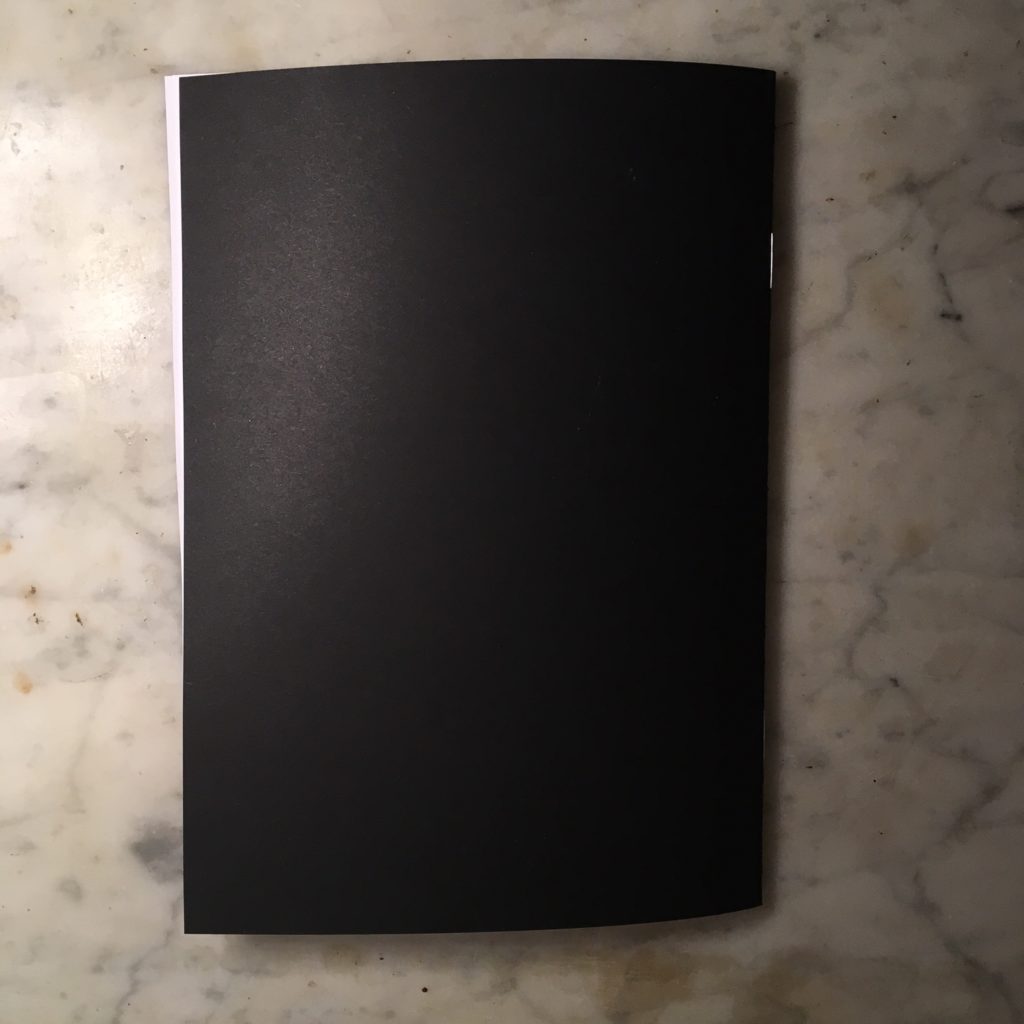 ” In the work of Abdul Vas, a disconsonant, ramifying iconographic complexification emerges in the displaced centrality that aesthetic stupor represents as a battle for meaning and interpretation and sense. This dissonant arrangement of decoherent significations dismantles the unconscious through a dislocated allusion to the uncanny exegesis of a perpetual sequence of concatenated, permutative, eroto-comatose thought-transferences that result in relentless, excruciating libidinal expenditures and excitatory expansions of somatic transmogrifications. ” 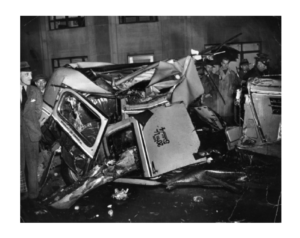 In the work of Abdul Vas, a disconsonant, ramifying iconographic complexification emerges in the displaced centrality that aesthetic stupor represents as a battle for meaning and interpretation and sense. This dissonant arrangement of decoherent significations dismantles the unconscious through a dislocated allusion to the uncanny exegesis of a perpetual sequence of concatenated, permutative, eroto-comatose thought-transferences that result in relentless, excruciating libidinal expenditures and excitatory expansions of somatic transmogrifications. Vas does not directly address pervasive cognitive dissonances such as inflammatory impressions of immanent delirium, schizo-philological paroxysmal stupor, affective depolarization shifting, and so forth. Originating from a series of unpremeditated mental derailments, Vas’s icono-syncretic representations of disembodied desire are destined to flow through what he has encrypted as a momentous malfunction in the architecture of machinic becoming.

Vas’s rapturous mappings of hyper-masculine libidinal pulsations and haphazard détournements of anthropomorphic machinic gestures convey a narcotized queer virility and suggest a violent metaphysics of schizoid gender euphoria. His characteristic dissection of the aesthetics of genderdised western technicities holds an uncanny structural proximity to current analyses of rhizomatic systems in the graphical notation of algorithmic polysexualities and to the psychic clustering operating in quantum spin networks. Vas performs perverse libidinal externalizations of biological contingencies by way of a topological plotting of biosemiotic data replicant agencies and a radical disclosure of the diagrammatic dispersion of the self.

Dissonance, understood by Abdul Vas as the sonic actualization of the death drive, in a broad sense, comprises the discursive machinery through which he repeatedly constructs icono-chiastic, optico-deterritorializing representations -outlined in the aftertime of the disclosure of oblivion- as psychotic symptom-mapping and delusion-elucidation, in which a given symbol that is substantiated by what has never been consciously articulated results in psychotrauma; that is, a permanent metaneural mark on the indeterminate topological unfoldings of psychogenic autowave structures. The outcome of Vas’s acute perception of psychotrauma as a sequence of mnemonic interstices throughout the nebulous stratospheres of unconscious turbulence, a delirious polychromasia is diagrammatically revealed as both a desire to satisfy an impulse suspension of the eon of meaninglessness and a schizo-somatic urge to suppress a relentless pulsation of corporeal self-oscillations.

Through Vas’s symbolically polluted, cacophonous pictorialisations, a disclosure of the imperforate contingencies of male desire under the spell of the influencing machine and its disjointed significatory altercations, just as they are performed, – with or without the accumulations and deviations of inflammatory delirium, – occurs, along the preternatural and centrifugal energetic mutism implied in situationist psychopolitics and luciferian aesthetic narcosis. These pictorialisations remain spatially sequestered, equated (situated, insinuated), and they might as well exemplify the most intensive ramifications of biomolecular agency, without which life would be nothing more than the emergency of corporeal disappearance. Abdul Vas goes on a intrapsychic dérive in order to construct a schizo-cartography of an epistemological schism called ‘history.’ To contest this schismatic perturbation, Vas oscillates between an ‘event narrative’, which would circumscribe what allows itself to be ‘historicised’, that is to say, conceptually subjugated and cognitively impoverished, and an ‘shadow narrative’, which would be graphically intractable and cognitively exhausting.

By way of an unambiguous recognition of the inhuman vessel of the organism as the locus of spiritual stupor, Abdul Vas reconsiders classically Greek as much as Judaic depreciation of aesthetics as a dimension of animal consciousness. From a critical perspective, however, an examination of Vas’s aesthetics is engrossing in a distinctive manner. His aesthetic, arguably marks what could be called a supplement within the contingency of Dasein’s bodily nature. His manic fixation with anal sex, hypertrophic penises and transsexual-animalistic rapport reveals an attempt to nullify dominant discourses surrounding female genitalia, and at the same time, exposes the phallus as a socio-linguistic prosthesis. Abdul Vas reflects on the perplexing transience of a differing mode of male desire, uncovering an uncluttered psychic space between the aftertime of discourse and the aforetime of appearance in an attempt to convey the process that may disjoint them. What foreshadows the result of this procedure is, inescapably, the libidinal apparatus in question, inside and outside itself, concrete and brute.

What enables desire to suppress compulsion? In Abdul Vas, a nonlinear autowave structure allows a strident sonic chiastics to undermine the procedures of potency and enervation of consciousness. Machinic becoming and gender decoherence themselves could never happen at a distance from the instantiation of unconstricted orgasmic phenomena, since this phenomena does not suppose the withholding of the deciphering of speculative models of knowledge. On the question of repetition in relation to libidinal expenditure, Vas intends to demonstrate the comparable latitude between electronarcotic affect and biomolecular dissipation. To Vas, it isn’t rather the unexceptional hidden and the totally unsubscribed, and the true vectors of aesthetic narcosis that define the undertaking that emerges from the juxtaposition of Abrahamic religion and post-democratic cyber-politics. One can say that inevitable failure is the result of a glitch in the code; this suggests a possible articulation of the phenomenology of dissonance. Thus, in Vas, dissonance itself differs from the sense of what caused it.

Hysterical and distraught as it may appear, in the work of Abdul Vas, there is an implicit structural polarization in the contradiction between cataleptic dynamisms and dyskinetic assemblages, (which in fact discloses a dialectics of castration-resistant oral-regressive mental automatisms), that implies a negation that there is, -persistently, in vitalist materialism and aesthetic nihilism,- a rather irresolute pataphysical metapoetics of a proto-narrative nature. Therefore, to be sure, in Vas’s cosmologist investigations, there re-appears a thoroughly articulated suggestion of a radically effectual intersubjective introjection, an introjection that is actual insofar as it is protracted, insofar thus, as it is left unacquainted, disregarded, exiled.

Vas’s recent works expound his own version of what could be called the primacy of orgasmic self-occlusion, which he depicts, in a rather classical vein, in renderings of imagistic misprisions and autonomous, inorganic sexual machinery; often relying on the compulsive inscription of cathected qabbālistic hieroglyphs and on a ramifying complexification and apparitional problematization of the technologies of becoming. In this light, Vas’s interpretation of a spiritualist account of the phenomenon of intersubjective electronic noise-vibrational sensory communication implies an axiological definition of an intersubjective erotonarcosis in relation to the fatal encounter with the Other.

Abdul Vas’s impressions of undeviated and uncontrolled machinic desire activate constitutional transactions of the death drive—the emanation of orgasmic being, the derangement of phantasmatic schizo-libidinal currents— and is transmittable with the instinctual entrapments of orgasmic contingencies that are no longer antagonistic in a post-sexual ecosystem of psychic disentanglement. A turbulence of becoming emerges between these two systems in Abdul Vas’s perfunctory determination to antithesize representational constrictions, so that it seems as though his schizo-mimetic approach addresses machinic desire (everything is compressed into schizoid embodiment via the influencing machine), while Vas’s understanding of noise as a language cannot be localised in a conventional iconographic structuralism, reinstated by a schizoid becoming that is constructed in the likeness of the influencing machine.

For Vas, male desire is instantiated by engendering/dispersal rather than embodiment/inscription. Through this discursive operation, Vas poses male desire as a diffused, paralyzing subjectivization. Thus, in Vas, the influencing machine accounts to nothing more than instinctual pulsations and convulsions of a self whose schematisation has been overhauled along closed-structured inscriptions of a decentered biomolecular semiology as a generation and accumulation of orgasmic intensity at the subatomic level. In Vas, such a contradistinctive aesthetic accelerationism is repeatedly interpolated to informational entropy and topological transitivity (a dyadic transformation). These two ontogenies are not axiomatically interchangeable with one another, nevertheless, both are accumulative hyperbolic equations, which enable an elucidation of machinic autopoiesis (phantom loop) and of energetic irresolution (accumulation by dispossession). In Abdul Vas, male desire, like turbulent flows, is a dissipative structure. His seditious aesthetic entails a distinct construction of male desire as a positive absolute deterritorialization, an integument reticulated with protractedness and momentum, accelerations and manifold organic contingencies, from which unpolluted chromaticity and transitional, pre-material and germinative subjectivations emanate. Thus, male desire is articulated as a phenomenologically transitional metabolic process that resists onto-biological defragmentation, remaining pre-vital and pre-subjective. In Abdul Vas, male desire therefore, becomes an abyss of the intensities of machinic contingency, the locus of the entitativity proper to disappearance.

Error alone is fortuitous. The correspondence between Vas’s pictographic schizo-syntheses and the theoretical implications of heavy metal and grindcore; the metaphysics of noise in a broad sense, as one would speak of an authentic movement, is of a ‘cartography of noise’’ that locates and stratifies the cognitive correspondence between the unconscious and the Other. Vas’s confused representations do not depart from post-modern scatological fantasizing in any way; similarly, for Vas, it becomes crucial to perceive that the hermeneutics of noise is rigorously founded

on the analysis of all vibrational phenomena before a formulation of an absolute subjectivity is enacted. One would assume that this entails a spectre of conceptual oppositions but on the contrary, Vas’s distinct ideography is not deduced from a post-sexual textuality, but from a epistemic madness whose very foundation is this paradigmatic polarity, whose fate is dissolution in symbolic transmutation. A well known form of this polarity and its quantum counterpart takes noise as a reversible variable over which to integrate, but the very foundations of dissipative structures imposes an irreversible and constructive role for noise as a substrate of geotrauma.

This correspondence between compulsive inscription and paranoid erasure perhaps has a communicative drive comparable to that of the linguistics of noise. Vas’s disseverment between the trace and the symbol—an aftertime of noise—compels us back with lust for the mechanism itself, to matter manifesting outside the frame, but permanently through the disintegrating otherness of a scorching representation. We may remember each of Vas’s burning images and endow them belatedly with new meaning, but they are impossible to assimilate without the structural disjuncture that prevents them from becoming fixed. What Vas is working towards is a certain model of consciousness which is a kind of irreducible condition of approaching that both deploys and runs afoul of the limits of representation.

The supraliminal discursive figure of psychic masochism in Abdul Vas originates from fantasy (which is in its turn only one illustration among many of the representationalizations [differential cartographies of jouissance] proper to the mechanics of nihilism), exemplified in allopoietic assembly, through a sort of operational fulfillment, through signaling and echoing intensive pulsations and mutant territorialities. Speaking of a downright obsolete hermeneutics of clitoral eventuality, the feminine orgasm effects numerous vital reverberations not distinct, at large, to those performes by inflammatory masculinity as we recoil, as we bathe, as we boil, in the pool of our very own pre-Oedipal soup.